Traditional 3D printers fabricate objects by depositing material to build up the model layer by layer. Instead printing only wireframes can reduce printing time and the cost of material while producing effective depictions of shape. However, wireframe printing requires the printer to undergo arbitrary 3D motions, rather than slice-wise 2D motions, which can lead to collisions with already-printed parts of the model. Previous work has either limited itself to restricted meshes that are collision free by construction, or simply dropped unreachable parts of the model, but in this paper we present a method to print arbitrary meshes on a 5DOF wireframe printer. We formalize the collision avoidance problem using a directed graph, and propose an algorithm that finds a locally minimal set of constraints on the order of edges that guarantees there will be no collisions. Then a second algorithm orders the edges so that the printing progresses smoothly. Though meshes do exist that still cannot be printed, our method prints a wide range of models that previous methods cannot, and it provides a fundamental enabling algorithm for future development of wireframe printing. 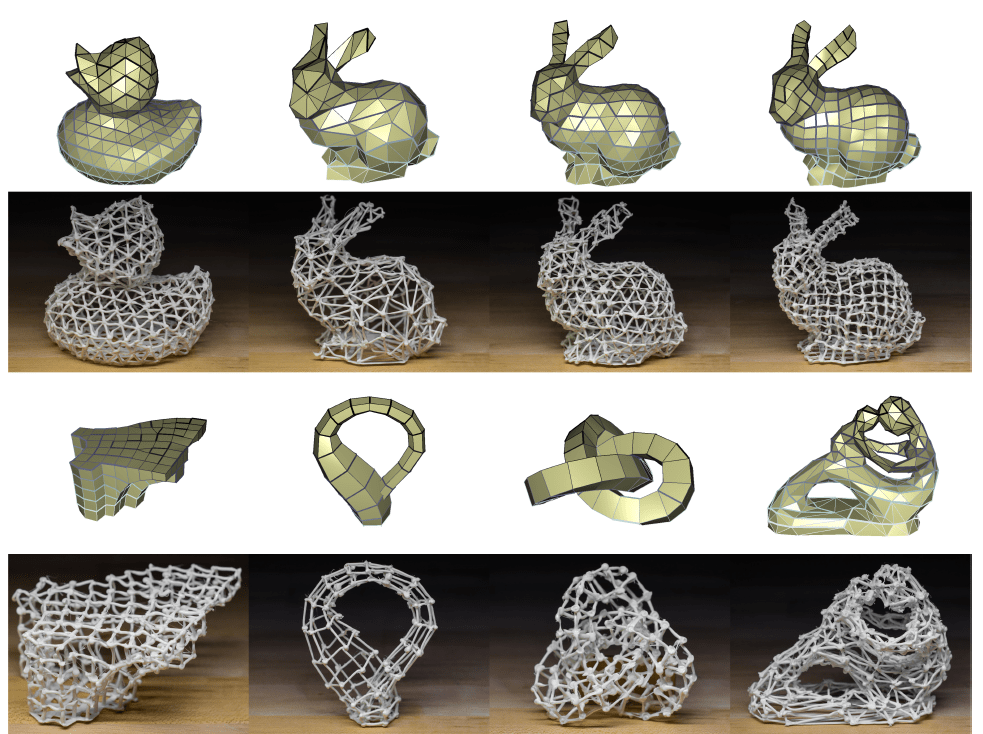